The UI is home to many renowned programs for aspiring writers and is a place where all students are afforded opportunities to improve their writing or weave it into their studies.

Julie Kedzie watched patiently as her cutman wrapped her hands before her final bout as a professional fighter. Four times around, then five. She opened and closed her fists to make sure the tape was tight enough to protect her but loose enough to let her deliver punches.

Her hands, so often bloodied from fighting, now punch at a keyboard, and the daily training she once endured has been replaced with hours of writing, re-writing, and writing again. The spirit that pushed her body’s limits now wrestles with sentences that never seem to fully submit. 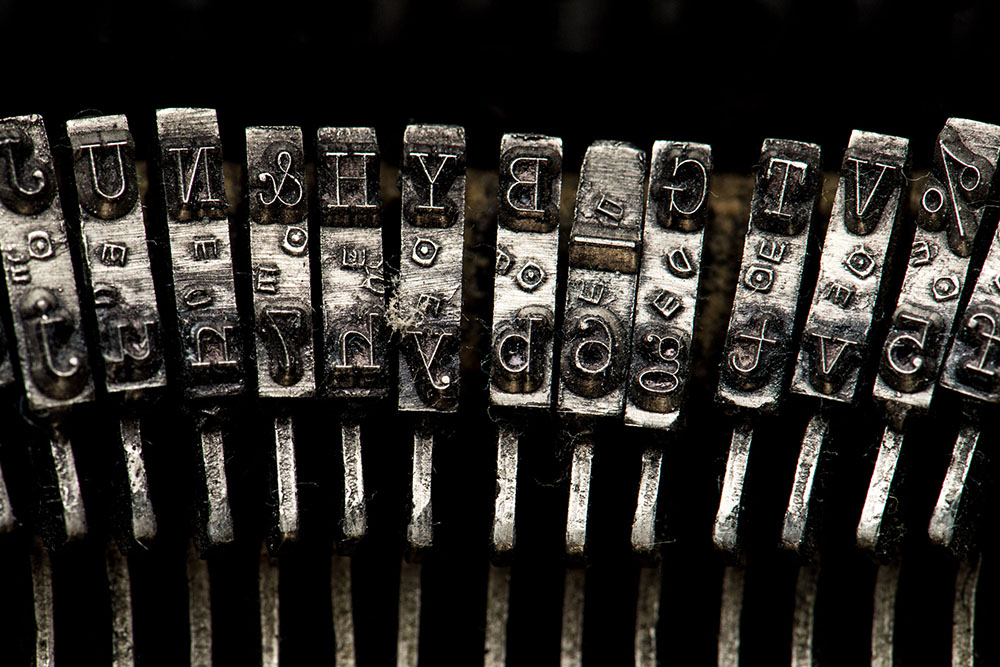 As a fighter credited with paving the way for women in mixed martial arts, Kedzie traveled the world. She spent her days following rigorous training and nutrition schedules, putting in the work to make her successful in the cage. She was introduced to world leaders and her face appeared in magazines and on television.

She didn’t always want to be a fighter. In college, she imagined herself becoming a lawyer. English was her strongest subject; she was an avid reader as a child, and she loved to write. Her talent for language never disappeared—not even when she fought full-time—as she proved in an essay she authored for Sports Illustrated. In painstaking detail, she wrote about what it feels like to cut weight before a fight.

“If you want to review every minute of your life, force yourself into the hottest bath you can stand and make yourself stay in for twenty minutes,” Kedzie wrote. “You’ll relive every mistake, every lost opportunity. Sitting in the steaming hot water, your thoughts will begin to cook into a state of frenzy to match your overheating body as the minutes tick by slower and slower.”

After she retired from fighting in 2013, she struggled to find a job that held similar meaning. On the advice of friends and family, she applied to two prestigious writing programs with only her English degree and Sports Illustrated essay. No pedigree. No connections. No expectations.

That’s why she’s still shocked to find herself pursuing an MFA at the University of Iowa’s top-ranked Nonfiction Writing Program.

Her story is unique—she’s the only former professional MMA fighter enrolled in the university’s writing programs—but it would be a mistake to think she’s the only writer surprised to find herself in Iowa. While the UI is known for its acclaimed Writers’ Workshop, the creative writing program that established the university as a world leader in teaching the art of writing, it’s just one of many renowned programs available to aspiring writers. The UI’s programs draw hundreds of people from varied backgrounds to this small Midwestern community, and many soon find themselves counted among the world’s most promising writers.

But ask them why they write and what drew them here, and their answers point to the central place writing has in their lives and to the dreams the university is committed to helping them pursue.

“There’s a place between all of us that has to be filled somehow, and so much of that is filled with stories,” says Kedzie, 36. “I want to be in that space. I want to be on that train.”

Margot Connolly, 28, has been involved with theater since she was 6, but took a playwriting class in high school that she enjoyed so much that she took it five more times. She is now a third-year student in the UI’s Playwrights Workshop.

“It was like I found the perfect form for me,” says Connolly, who most recently lived in New York City trying to make a career as a writer. “I love stories and I love books and I love knowledge and I love weird facts and things like that, and writing plays feels like it combines all these things that I care about and gives them to me to keep.”

Austin Hughes, 20, says he remembers feeling excited and fulfilled when he first started writing. Hughes is a third-year undergraduate studying English and creative writing as well as Japanese. He came to the UI from Arlington, Texas, where he was raised by a single mother.

“I grew up with a single mom. I had three older sisters—I’m the youngest,” says Hughes, who is among the next generation of writers studying at the UI. “So, writing these narratives where I could make someone have a brother or make someone have a father who was there all the time…it was like engaging with the imagination in a way that didn’t make real life better, but gave me something that I could have that was absent in the real world.”

READ MORE ABOUT WRITING AT IOWA

This site uses Akismet to reduce spam. Learn how your comment data is processed.